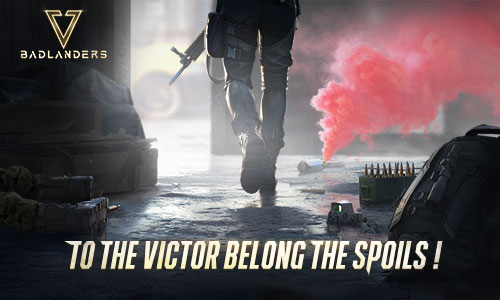 The focuses of the development team are still on fundamental contents improvement and gameplay enrichment. We will talk about the efforts we have put into them.

Just as we have talked about before, we are working continuously on the gun balance improvement. Currently, we have finished the adjustment of gun stats, which just has been updated last week. After this adjustment, the differences of guns have been increased, and the suitable position of each gun has been addressed. For example, we adjusted the ranges for different gun types based on collected combat data, which are now tailored to emphasize the advantage combat distances of different guns. The builds of attachments and attributes are now with more possibilities and longer progression path to the endgame. In addition, we will always pay attention to the in-game performance and feedback from players of guns, and will adjust the gun stats continuously. You are more than welcome to share your ideas and provide feedback to us!

As for the concerned match and queueing experience, we have tried multiple optimizing methods. Some of the attempts on map classification and resources delivery will go live soon.

We are working non-stop on enriching the gameplays, both in-combat and off-combat. As you may have noticed, a new weapon – P90 has been added to the game. More guns, attributes, attachments, and melee weapons will follow in later versions, which we believe can allow for more and deeper tactics and builds. At the same time, some of the new in-combat elements will be introduced and released in recent updates, and more of these contents are in development.

In order to enrich the off-combat experience, we have put lots of efforts into developing and upgrading a diverse off-combat system. Some attempts on the social and achievement aspects are the recent released clan and achievement systems, which we will improve continuously. Apart from that, we are also working on new systems like progression and tournaments.

We set sub-classes for maps to collect data of diversified delivery of resources. We now have collected enough data and have some understandings on its effects, so the classification of shelter maps should be cancelled in later updates. We plan to combine Shelter-Normal, Shelter-Professional and Shelter-Specialist together, so to improve the situation of overdispersion of players and instabilities of servers. In addition, the FPP modes will be available for all maps in later updates!

Simultaneously, we will adjust the diversity of in-combat resource delivery of different maps to address their features.

We will add more random elements into combats. They will bring some cool and fun changes to the battlegrounds! Some of the random factors are mysterious supply crates, random secrete rooms, special escape points, or even third-party forces etc. You may use them, but you may be held back by them as well.

We will upgrade the gun mastery system soon. At the same time, we will also introduce the character mastery system to allow a freer, more diverse, and longer-term off-combat progression experience.

Q: The update of PC version is falling behind. Why can’t you update the PC version simultaneously as the mobile version updates?

Comparing to the mobile platform, it is much more difficult for us to adjust and adapt the game for PC environments and models due to their vast variety and diversity. Lots of the released contents on the mobile platform are still in test and need to be improved to reach our PC release standards. We will release them on the PC platform once we are satisfied with the test results. We will appreciate it if you can be patient with us.

In addition, after the Steam release (when we consider the PC version is good enough for Steam launch, of course), we will provide methods for mobile users to transfer their mobile accounts to the PC accounts, so that everyone can enjoy a fairer and more convenient PC gameplay environment.

Here comes to the end of this Devs’ talk. We always pay close attention to all feedback from you. Your support and feedback always motivate us and help to make Badlanders a better game. Thank you!